Saxo Bank has released its list of outrageous predictions for 2019. The Danish investment bank’s head of equity strategy Peter Garnry thinks that an Apple (AAPL)-Tesla (TSLA) tie up could be an “unexpected but surprisingly logical and very convenient marriage.” 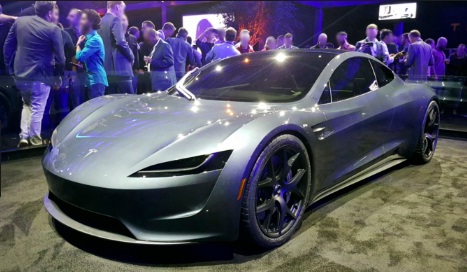 Saxo Bank believes that Apple can use its $237 billion cash hoard to either reward investors with dividends or buybacks or it can make a bold move by moving beyond the confines of smartphones. “Apple realises that if it wants to deepen its reach into the lives of its user base, the next frontier is the automobile as cars become more digitally connected.” Both companies are focused on “engineering and design in hardware coupled with vertically integrated distribution models in high-fashion areas.”

The deal could appeal to Elon Musk, given Apple has enough firepower to fulfill “Elon Musk’s wildest dreams.” The car maker could use Apple’s financial muscle to build new Gigafactories and production facilities in Europe and China to stay ahead of the competition and dominate the future of EV industry.

Apple could secure funding for buying Tesla at a 40% premium, or $520 per share. That would price would be $100 per share higher than Elon Musk’s “funding secured” tweet. This could even be an all-cash deal, given it can get covered by just a year of Apple’s free cash flows.